Navigating Post-Grad: The Paradox of Free Time After College 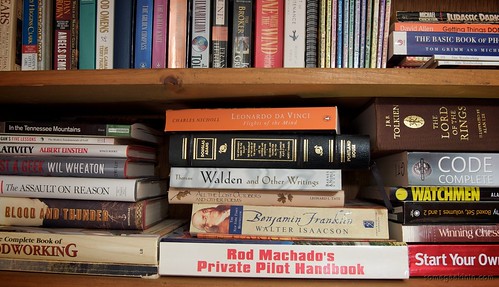 For four years, I believed a lie. Near the end of every semester, I would peruse a used book sale on campus and come away with at least five new reads. Many of them are books that I never would’ve found elsewhere and although a few of them have been delightful stories, the majority of them account for the 100+ unread books I own.

“I’ll have so much time to read after college,” I told myself. After all, I’d be unemployed for a little bit and then when I found a job, it would probably be a 9-5 that I wouldn’t have to take home with me.

It turns out I was partially right. I did get a 9-5 that I enjoy quite a bit, and one of the perks is that it can also be a 7-3, 8-4, 10-6 or anything in between. With more flexibility to choose my own hours, I can miss rush hour both ways, work from home, leave early, or go in late.

Since I was fresh out of college when I first started, I opted to work from 10-6. It was a great deal. I got to sleep in a little and leaving work at 6 usually put me home at 6:30. Not too bad. However, I grew restless after a few months and I soon realized that working 8 hours was all I did most days. Even though I had free evenings and weekends, I ran into this strange paradox of not having time to do the other things I wanted to do–namely, work on writing my books and reading the dozens of books I own. Why did it suddenly feel like I never had time for anything even though I no longer had classes or paper deadlines?

The truth is that I had gotten used to the erratic college schedule. Classes are on and off, and homework is a constant. Free time comes in spurts and it’s not always the same hours every day. So, when suddenly gained huge time blocks with absolutely no obligations, I defaulted on the passive activities I enjoyed during college, namely Internet use. The habit I had built in college carried over into my post-grad life. Back then, I justified sitting around when I could’ve been reading or writing because I told myself it wouldn’t be like that once I left. I vowed that I would be so much more productive once college was finally out of the way.

Soon enough, my work hours became erratic as well. I would work 7 hours one day and 9 the next to accommodate evening activities when I could’ve simply gotten to work earlier or even on time. My evenings became way too short and weeks would go by without me seeing much progress on my writing. Managing post-grad free time was proving to be five times more difficult than managing college free time.

One year, one raise, and a lot of motivation later, I’m finally getting into a routine that works. For the first time, I’ve given myself set work hours for each day of the week. I decided that, as much as I can help it, I wouldn’t work more than 8 hours a day. I’ve also carved out time for writing, which is ideally a two-hour block in the morning before I go to work. Starting each day with my creative outlet has made me feel much better about doing other things in the evening. It’s amazing what even a half hour does for my mood. I’ve also limited the amount of time I spend on social media websites. I allow myself two days a week to use them. It’s amazing what you can accomplish when you’re not staring at Facebook every night. Limiting the Internet has forced me to fill my time with everything I used to say I didn’t have time for. Using my job’s flexibility to set consistent hours has made it easier for me to structure my free time.

In the past, I’d create detailed schedules for myself and none of them lasted more than a week. Now, I have a realistic yet flexible schedule. Only time will tell if I’m able to really stick to it, but for now I feel like I can navigate a little bit better. Can your animal contract H1N1?