6 Ways to Save When Eating Out 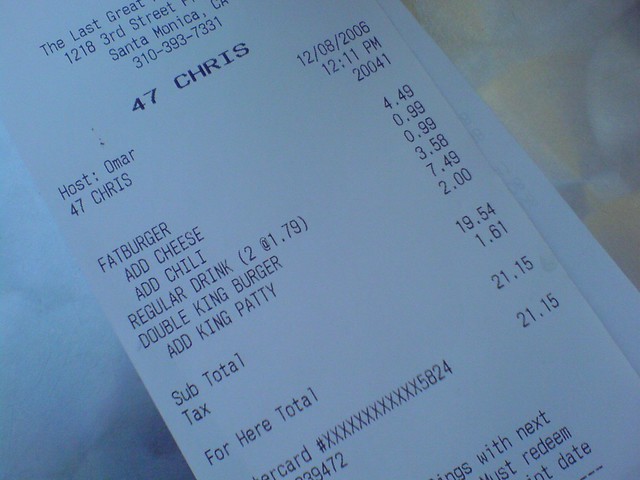 As college students, we’re all too familiar with the fact that money doesn’t exactly grow on trees. However, sometimes we long to eat out at restaurants that are a bit nicer than the school cafeteria. Spending money on food can really add up over time. But it is in fact possible to eat out without going broke! Here are six easy and valuable ways to save money while still enjoying the occasional dinner out.

1. Student Discounts.
Did you know that some restaurants will give you discounts just for flashing them your student ID? Many restaurants like McDonald’s, Burger King, Dairy Queen, and Subway can give you up to 10% off your order with a valid college I.D. Check with your local stores to see if they participate. Odds are that they don’t advertise their student discounts, so make sure to ask!

2. Check in.
For some people, checking in to places on Facebook is just an annoying and unwanted status update. But sometimes it can pay off! When you “check in” to some restaurants on the social networking site, deals and coupons can become available for you to use. You can show your smartphone to your server, and they’ll accept it. For instance, Olive Garden restaurants offer a free dessert or appetizer with the purchase of an entree the first time you check in to one of their locations on Facebook. It’s an easy way to save.

3. Apps.
There are plenty of mobile apps available that can provide you coupons and deals for stores and restaurants. Some include the Coupons.com app, Groupon’s mobile app, and The Coupons App. These apps allow you to find coupons and deals by restaurant or by location, for those independently owned places in your town. Take advantage of the apps available to you that can help you save money!

4. Skip dessert.
Well, maybe not altogether. But instead of buying dessert at the restaurant, which is often way overpriced, wait until you get home to eat something sweet. A box of cookies is probably cheaper than the dessert you’d order at the restaurant, and it will last you a lot longer. Another option is stopping by a fast food restaurant to get an inexpensive treat on the way home.

5. Sharing is caring.
There’s nothing wrong with splitting an appetizer or even an entree when you go out to eat with friends. It’s the perfect option if you’re not that hungry, and besides, most restaurant entrees are big enough to be split into two servings anyways. You won’t have to feel guilty about being a food waster for leaving half your plate uneaten. And by splitting dishes, you’re splitting the cost! How to Protect Yourself When Subletting This Summer 5 Ways to Stay Focused in College

Moving in with a Roommate: Insights and Advice