The Most Expensive Schools in the United States 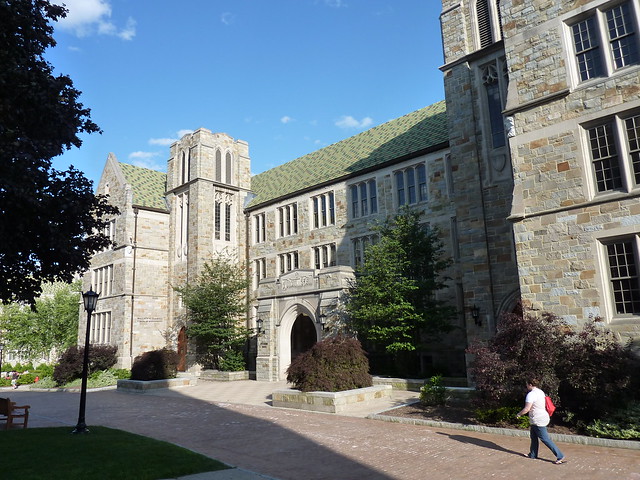 Going to college is a fun, exciting time for both students and parents. But when it comes to education, things can get a little pricey. Private and public universities are becoming more and more expensive each year–even while the economy continues to struggle. Last year, the United States College Board identified 123 as costing more than $50,000 a year. So which schools serve as some of the most expensive in the country? Take a look to find out:

Harvey Mudd College: This school, located in Claremont, CA, is one of the country’s most expensive finds–tuition, room and board topped $56,000 in 2011. The college prides itself on state-of-the-art research centers, specializing in the sciences, math and engineering. Students have the opportunity to experiment with model rockets due to their revised courses that take place in their new labs.

New York University: NYU comes with a $57,000 price tag because of its location and academic facilities. The university has the seventh-largest collegiate housing system in the U.S., all while being located in one of the most expensive housing markets worldwide. NYU also spends its money on sustainability across its campus–it has been the largest university purchaser of wind power since the year 2009. With its vast student body and multiple campuses spread throughout the city, NYU’s tuition goes towards a multitude of services including activities, research and campus safety.

Boston College: This elite college in MA possesses two campuses in two of Massachusetts’ most expensive towns. Chestnut Hill and Newton, MA, both are relatively safe and wealthy suburbs in the greater Boston area. Their $55,079 tuition covers a multitude of student activities, in-depth career services and a very popular and well-known campus ministry center on their Jesuit campus.

Sarah Lawrence College: Sarah Lawrence, located in Yonkers, NY, has held the title of “most expensive college” for the past few years. In 2011, it was the most expensive higher education institution in the U.S. with a grand total of $59,170. With a total student body of 2,500, Sarah Lawrence prides itself in its close-knit community. The student-teacher ratio is only nine to one and the average size of an undergraduate seminar totals twelve people. The largest size lecture you’ll find at Sarah Lawrence is 75–a lot of the college’s money goes toward providing dedicated, full-time faculty for small classes. Its location in Yonkers also pushes the financial envelope.

University of Chicago: Aside from being one of the most difficult schools to earn an acceptance letter, U of C in Illinois is also one of the most expensive places to learn. Tuition, room and board in this Windy City school totaled $55,416 in 2011. Its commodities include a safe location, a rigorous undergraduate curriculum with some of the best professors in the world and heavy financial aid for its student body. U of C also possesses a large career center for undergrads and graduate students to network their way across the world.

Want to learn more about paying for college and collegiate expenses? Check out GradGuard for information tuition insurance, college and lots of undergrad advice! What To Do If Your Laptop is Stolen at College